Odyknuck wrote:The Bullpup conversion or the semi? Care to share more thoughts on it?

What do you want to do with the gun?
My YouTube Channel
Remington 870 Tips & Tricks
Shotguns 101
Top

Not sure what your asking? If your talking about the Bullpup conversion , then I want it as a compact Home Defense Weapon primarily. Then secondarily, it's another Toy to play with.lol
Top

Odyknuck wrote:The Bullpup conversion or the semi? Care to share more thoughts on it?

Odyknuck wrote:If your talking about the Bullpup conversion , then I want it as a compact Home Defense Weapon primarily. Then secondarily, it's another Toy to play with.lol

If you want a fun range toy and the bullpup kit tickles your fancy, go for it. But for reasons I already went into earlier in this thread, I think you'd have a more effective HD weapon if you simply put a short barrel and a magazine extension on your 20ga or semi-auto. My opinion, for whatever it's worth.
My YouTube Channel
Remington 870 Tips & Tricks
Shotguns 101
Top

I like the shorter Bullpup. And the other route does not have the Cool Factor lol.
Top

Odyknuck wrote:I like the shorter Bullpup. And the other route does not have the Cool Factor lol.

This is also why I got mine.

DaveC wrote:The original "olde school" bullpup shotgun was a semi-auto: The High Standard police gun. Way ahead of its time. I still think a dedicated defense/ "tactical" version in 20-gauge would sell like the proverbial hotcakes. Too bad I don't have the "start up" capital to open a factory!

Funny you bring up those old High Standard Model 10s. Ever since this discussion of the 870 bullpup kit was renewed, I've been thinking that a purpose-built semi-auto bullpup shotgun in 20ga would be an amazing HD weapon; and ideas for it have been bouncing around in my head nonstop (which is kind of inconvenient actually, because I keep stopping work on my thesis to Google pictures of shotgun actions and sketch ideas in my notebooks).

I'm thinking something laid out much like that High Standard, but in 20ga, and using a bottom-ejection action similar to the Remington 105CTi, or a semi-auto Ithaca 37. Side-ejecting shotguns let the user do some advanced operations like ammo changeovers more easily, but there's little call for that in most HD encounters. Also, side-ejection in a bullpup setup makes a gun strictly right- or left-handed; and even with the user's face opposite the port, having smoke and hulls flying out just inches away could be a dangerous distraction to them, or to an ally standing nearby.

Chamber it for 3" shells so magnum slugs and buck loads are an option. Don't over-complicate the gas system to get it to cycle ridiculously-light loads, no one needs rubber buckshot for HD, so keep it simple and reliable. Get it to work with standard 2.75" buckshot & slugs, or anything heavier, and call it good. The barrel mounts over the magazine tube like on a long-magazine 870 Express Tactical to allow for different barrel lengths and easy magazine extension. A 14" or 16" barrel would match up with a non-extended 5- or 6-round magazine, and just slightly extend past the front of the gun's body shell/handguard like an 18" barrel with a +2 does on the 870 bullpup kit. Longer barrels and/or extensions would just stick out further, and since there's no patent infringement in my imagination, let's make it compatible with 20ga Remington magazine caps & extensions and have any threaded barrels use 20ga Rem Chokes.

The carrying handle with the integrated light from the High Standard 10A seems perfect for a HD bullpup, so keep that, but swap out that old 1960's tech for a modern light with a rechargable battery and an ambi pressure pad or switch in a more ergonomic location. On top, I'm thinking some fast and simple open sights should be standard, but give the tacti-cool geeks a way to put an optic on there if they insist. On the back of the carrying handle, borrow a concept from the BR55 rifle in the Halo video games and install a magazine status device. Probably not the sci-fi numerical readout, but I could see a simplified electronic idiot light concept that changes color to indicate whether or not there are shells in the chamber and/or magazine, or at least some big, high-visibility loaded chamber indicator. 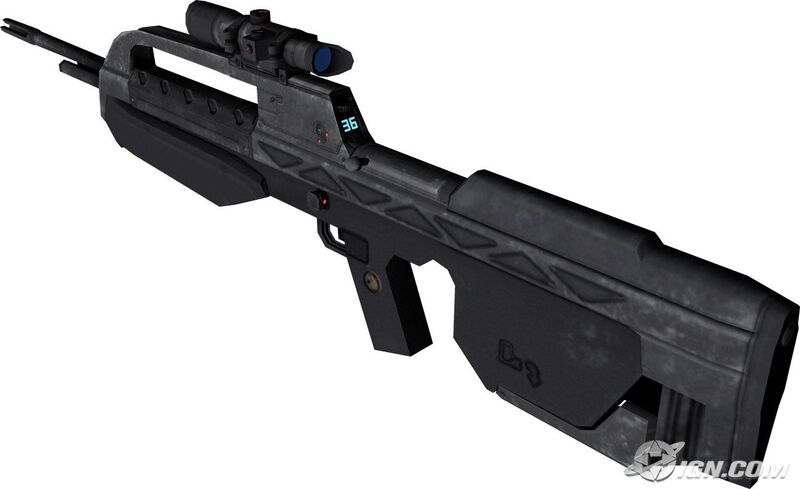 For the other controls, I'm thinking an ambi safety (possibly something like the M14/M1 Garand safeties, which look like they'd be pretty idiot-proof), twin non-reciprocating charging handles at the front of the gun where either hand can readily reach them, a Glock-style trigger safety, an adjustable LoP with no more than 2 or 3 settings (who actually needs a 6-position stock?), optional cheek risers, a good non-grabbing synthetic foam recoil pad like the Remington SuperCells, and possibly the ability to accept AR grips. Don't slather the thing with built-in Picatinny rails, but have a way for gadget nuts to add them on the bottom and sides.

While we're at it, make a version in 16ga. If those wacky .410 revolvers were so effective in expanding the defensive options in the little .410, maybe this could do the same for something that would actually be an effective combat chambering.

Ehh, I need to get back to work...
My YouTube Channel
Remington 870 Tips & Tricks
Shotguns 101
Top

I would buy it. No question